To create an account for Moderneo you will have to wait until an account application wave is activated.

Signup Applications
We open up applications on the 15th of every fourth month of the year.
(15th April, 15th August, 15th December)

Want to skip the wait?
Those who support us on Patreon at tier silver or above will immediately get an account signup code emailed to them!

We have a big update to bring forward to your today, so this news post might be structured in a bit of a different way than normal, as we have FOUR new features to talk about!

Treasure Hunting!
The first feature is Treasure Hunts!
Those map pieces you've been accruing over time now finally have a use, once you turn them in at the Treasure Hunt games page (found in the games room) you will be rewarded all manner of goodies, from paintbrushes to access of the other new features being released along side Treasure Hunt!

Map rewards have been buffed and therefore are worth claiming. Not just this, but all maps have been made repeatable for rewards - and will track your items gained / neopoints gained and maps completed stats for you to show off to your friends.

(Petpet) Lab Ray!!
Speaking of the Lab Rays - they're coming along side this update so you can start Zapping your poor pets and petpets the moment you complete your maps! There are a few changes to note for these Lab Rays (some have already been noted)

Forgotten Shore
Last but not least we have a new daily for you all - the Forgotten Shore! You can visit the shore once a day after completing the map for the first time, and gain all sorts of pirate themed goodies!

The shore comes with a new avatar as well, so best hope you get that very rare chance at the sand pile, and check daily so you don't miss out on it!

This update isn't fully finished though, once the assets have been made there will be trophies for completing each of the maps a certain amount of times!
Along side this update comes a lot of bug fixes and changes - if you would like to see them please check out the Patch Notes channel in our discord server!

1st October - The draik who dreamed...

It's time though, buddy! Cheer up!
Oh wait... you can't. You're perpetually sad. :<
Though at least you can now find a loving home!

Thanks to user Under for finding all the poses - the previously unreleased Grey Draik has now been introduced into Moderneopets!
26th September - Dear Santa... I want all of the things! 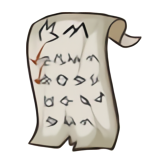 The never ending list...
You can stop using your pets pages as wishlists now - as we have introduced the ability to create official wishlists with a "bounty" of extra goods attached! The new wishlist feature allows you to curate your own catalogue of wanted items, letting other users know straight away what you covet. If this isn't enticing enough - you can even set bounties on the wishlist items, to let users know how much Neopoints you'll throw at them if they decide to trade one with you!

Is that not enough? Let me sweeten the cake a bit more - when you view your wishlist you will be able to see if said items are available right now - be it in Auctions, Trades, NPC Shops or User shops, the wishlist will notify you with handy icons below the item to link you straight to the source!

That aside, we also know how people like prettying up their pages and adding their own flair, so we've made the wishlists customizable much like lookups, shops and pet pages!

We hope you have a great time jotting down your dreams, and really hope the feature helps bring you success to your goals!
13th September - Ohh! A vending machine!

Treats and uh... Food? I guess?
The Alien Aishas who have been handing out Nerkmids have opened up the use for them, after much fiddling about they've gotten their galactic hit - the "Nosh-O-Matic" - up and running in Neopia Centrals Plaza! This vending machine takes in their Nerkmids and can give great prizes! It also can give out delicacies from all planets in our universe... not sure if that's a good thing or not though.

Grab your Nerkmids (or buy them from other users selling) and go try your luck today!
4th September - Meet the Dirego! 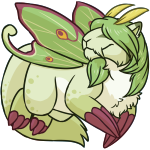 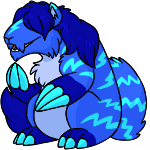 Watch out! You might fall into one of their burrows!
A sight once so rarely seen, these large, sloth-like friends have long since been thought to be a myth, but it appears a community of them have emerged from their underground, mountainous homes - and burrowed their way right out into Moderneopets!

Diregos are an old species, dating back to prehistory, though sightings of them have dwindled into obscurity. It was once said that to spot a Dirego was a bad omen, for surely disaster would follow them soon after.

These lovable sloths, however, would love nothing more than to burrow away in their mountains looking for gems to decorate their manes with - blissfully ignoring the strange and dire coincidences that seem to occur around them. Perhaps these once-elusive fluffballs being adopted by a loving owner will finally turn their unfortunate reputation around?

You can create your fluffball friend right now at create a pet! If you're lacking in pet slots then we have you covered with some basic Dirego Morphing potions - now stocking at Kauvaras!

These cute, aloof fluffballs were a creation of our amazing user Taffer!
They have graciously decided to bless Moderneo with their adorable sloth omens, lets just hope the curse doesn't affect us, shall we? xD

To top this celebration off, lets here a quote from their creator:
Taffer

i'm hella hype for diregos to be on Moderneopets, I hope you like them <3

Short, sweet and to the point.
You should waste no more time, get to adopting one now!

If you cannot adopt one right now, and want your own fluffy visage of the Dirego, don't fret! Plushie palace will be stocking their basic likeness from this point on, so feel free to grab some plushies of your own!
2nd September - Vanda's are back in style! 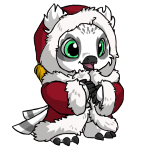 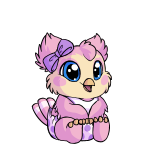 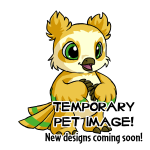 A fresh new look, and a lot of new colours!
These feathered friends are coming back in time and fully joining us on Moderneo!
The Vandagyres who previously had more of a converted look (and only four pitiful colours, most not even with all the poses) have been re-imagined and re-drawn to be sent back in time to have a more UC look!

You can create them as you usually could - through pet central. Unfortunately if you're lacking in pet slots your only choice for now is to look out for the standard Vandagyre morphing potions, but don't fret - we'll probably have more Vandagyre goodies on their way to you soon!

The Vanda's makeover was graciously given to us by the amazing Taffer!
Go send your love and thanks to them, as they definitely deserve it!
That's not all they have contributed though, soon we'll have another special guest arriving in our lands...

For now though you'll just have to hold onto your seats in anticipation!
26th August - Roll Up! Roll Up!

Roll Up! Roll Up!
It's time to TEST. YOUR. STRENGTH!

Arnold has set up a game of Test Your Strength which you can play every 6 hours for a measly sum of 100 Neopoints!
He's a nice guy and makes absolutely no profit off his game - he instead adds all entry prices to a jackpot that you can win!

Not just that though, he offers up a lot of spooky foods, petpets and even some grimoires! If that wasn't enough to get you excited to slam that hammer, you can even win a Halloween Paint Brush if you're strong enough!

So what are you waiting for? Grab that hammer and TEST YOUR STRENGTH!
24th August - Coltzan's Shrine

The Old Kings Shrine...
A place to mourn, a place to pray, a place to get cool stuff.
The late king Coltzan III still inhabits this shrine, giving blessings to those who pay their respects.

Lots of goodies!
Coltzan was, and always will be, a generous king.
He can heal your Neopets, give them stat blessings, give you an item - or just shower you with Neopoints!

His tables have been buffed too, allowing him to give out shields that would be otherwise unattainable. Also... Neopians report something about finding dusty tomes sometimes near the shrine, I wonder if that includes Grimoires too?
23rd August - A poor discarded plushie...

What a poor discarded plushie...
Maybe you can console him or just give him some company for a while?
I'm sure he'd appreciate it!
...
Who am I kidding?
It's just a plushie, there's no way it'll appreciate anything...unless....
22nd August - Meteor Crash Site

BOOM!!! What was that?
Apparently the noise didn't come from Neopia... It came from Kreludor!
A meteor has crashed into Kreludor, which is nothing new, but this one seems...strange.

It's also one of the few meteors that is large in size...
Before this ominous and strange meteor gets locked away in some facility or cordoned off maybe you should take a peek?

Who knows what goodies you will find?
Though you should be careful, there could be all sorts of dangers lurking within...
Find the link to the Meteor Daily in Pet Central and test your luck now!

To create an account for Moderneo you will have to wait until an account application wave is activated.

Signup Applications
We open up applications on the 15th of every fourth month of the year.
(15th April, 15th August, 15th December)

Want to skip the wait?
Those who support us on Patreon at tier silver or above will immediately get an account signup code emailed to them!

Join us on Discord!